About Us  —  How KIM’S GOLD DUST Got Started

The seed for KIM’S GOLD DUST was planted back in June of 1980 with my purchase of a 1960 Honduras Maroon Corvette.  It was to be a “driver and fun” car.  All it needed was a good paint job and it would be road worthy.  Of course, quite a few changes had been made to the car, such as:  installing a 350 engine, a stereo system and four-speed transmission.  Fortunately, the previous owner kept all the original parts hoping to someday restore the car back to original.  My mom and I looked at each other and we were both thinking the same thing!

Three weeks later the doors, hood, trunk lid and body were removed from the chassis.  We spent that winter removing layers and layers of paint from all the parts and body which sat on hay bales in the garage.

Then the search for parts and correctness was on!  After reading manuals and researching parts, my mom and I attended several Corvette swap meets and shows.  At that time, there were not many original parts to be found or even used parts that were in restorable condition.  Reproduction parts were just in their infancy and those first reproduction items were not of high quality or exact authenticity.  Much of our time was spent walking around rummaging through boxes and searching on tables and tarps for just the right part.  We met many friendly avid Corvette people who were willing to share their experiences and knowledge to help us along.  Many of those people are still good friends of ours.

My mom and I did about 60% of the restoration ourselves, leaving the outside body work, paint, chrome and soft-top installation to the professionals.  The chrome and paint are what cost me so much time on the project.  Tragically, the car was already wearing three coats of Honduras Maroon when the body shop had a fire.  Not long after that, all the chrome parts were hauled out of a chrome shop that caught on fire.  Luckily all survived and only a couple of chrome parts were beyond re-plating and only the spare tire wheel came up missing.

Eight years later, “Baby Jaws” as it was named for the “shark teeth grill and side cove spears on the ‘60, was ready for its debut.  To our amazement and pleasure it won the gold at Bloomington in June 1988.  Since then, the car has won many awards, such as:  NCRS Duntov, NCRS Ladies Choice Award, AACA Senior Grand National, several preservation awards, and Best of Show at Corvettes at Carlisle in 1989.  Also at Corvettes at Carlisle, it was selected for the 1999 Chip’s Choice Display, the 2002 Evolution Display, the NCRS Gallery in 2005 and the 1960 Reunion in 2010.

To reward myself for achievements at select shows, I would look up the Henry Paul Company booth (the original Corvette jewelry maker) and purchase a piece of jewelry.  What’s closer to a woman’s heart?!  Henry is the maker of the original Corvette jewelry, an avid Corvette person himself.  I loved the quality and amount of detail he put into his pieces.  Over the years we became acquainted.  I have all the jewelry I purchased from Henry years ago and it still looks great.

In 2003, after being downsized from the company I worked for, I decided to take a risk and combine my hobby and my love for Corvette jewelry.  After a trip to Henry Paul’s shop in Chicago to pick up inventory, my business, KIM’S GOLD DUST, was on its way.  The first show I attended was in June 2003 at the National Corvette Museum where the Corvette 50th Celebration was held and what a lifetime experience that was for me.

Today, I also own an Elkhart Lake Blue Grand Sport convertible.  It’s a bit different than most as it has a blue convertible top, black interior, polished chrome wheels and red brake calipers.  Because of this rarity, “Blue Jewel” is a one-of-one 2019 Corvette.   I enjoy driving this one when we’re not busy with the show season.

In 2018, KIM’S GOLD DUST celebrated its 15th Anniversary.  My associates are my mom, Jane, who has been involved since the beginning and my very good friends, Toni and Carolyn.  We have a lot of fun where ever we go.  We’ve traveled several hundred miles to shows all over the USA including North and South Carolina, Texas, Maine, Florida, South Dakota and Colorado to name a few.  Our main show and close to home is Corvettes at Carlisle in Carlisle, Pennsylvania, where we spent the most amount of time while restoring “Baby Jaws”.  We’ve met many nice folks during our travels with the car and with this business.  Several vendors have been very helpful with our endeavor as well.

KIM’S GOLD DUST has become the leader of Corvette Jewelry carrying an extensive line of products for men and women.  Please check out the online catalog for rings, pendants, bracelets, earrings, ankle bracelets, snaps, Pandora-style beads, money clips and more.  We also have exclusive and limited-edition Corvette jewelry that you won’t find anywhere else.   Be sure to check out our Show Schedule to see if we are coming to a show near you.

Kim and the Gold Dust Team (Jane, Toni and Carolyn)

I thought you might like to see some before and after photos of the restoration of “Baby Jaws”.

Patti and I have always enjoyed your personal service and great attention to detail, which is icing on the cake considering the high quality of your Corvette-specific products and custom jewelry items. It is always a pleasure to see you at various shows around the country and we wish you all the best in the future. 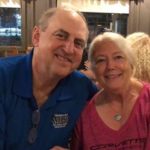 My wife Marilyn and I have been customers of KIM’S GOLD DUST for over 10 years. During that time, we have made many purchases from Kim. The quality and the offering of her jewelry is second to none. My wife is very picky about her purchases and to be a customer of Kim’s says a lot. Not only does Kim have a great selection of women’s jewelry, she has a great selection for men. I can personally attest to that. Kim and her staff are a welcome sight when we attend many Corvette events throughout the year. Kim is always smiling and greets us as though we are family when we see her. To us this says a lot about how Kim feels about her customers and the products she offers. We are Corvette enthusiasts and we both love the products that she has to offer to the Corvette Community. Kims is also very willing to listen to suggestions on potential future products and will work with us on special pieces that we want. We can’t say enough about Kim and her staff. You can’t go wrong buying her products!!!! 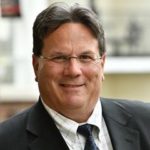 Just received my Corvette ring and Love it. I have purchased many pieces of Corvette jewelry from Kim’s Gold Dust, both silver and gold, weather rings, pendants or earrings.  Every piece is exquisitely done and shows my passion for Corvettes.  You are truly a masterpiece jeweler and I look forward to my next Kim’s Gold Dust purchase. 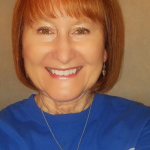